Join us for a moderate there-and-back-again 6.5 mile hike via the Appalachian Trail in western CT. We'll hike near the western border of CT and then along the ragin' Housatonic River. There will be

From points west in NY state, take NY State Route 22 to State Route 55 in Wingdale and head east on Route 55 to the CT state line. The AT trailhead parking area will be on the right just after crossing the state line.

From points in CT take US 7 in western CT to Gaylordsville and turn west onto State Route 55. The AT trailhead parking area will be on the left approximately two miles from the junction of US 7 and Route 55. 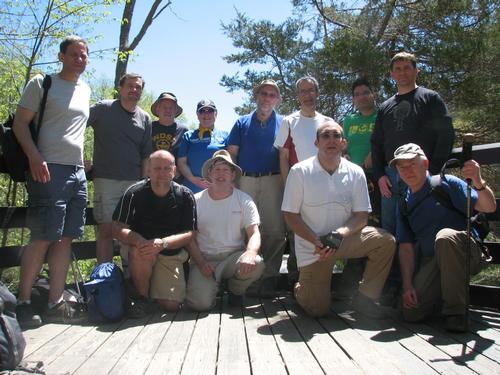 This was a joint hike with NYC-based Sundance Outdoor Adventure Society, but despite more complicated logistics, the hike went amazingly well for the turnout of 12 hikers.

While three Gay Outdoors guys waited at the trailhead just over the state line in western CT, I met the Sundance group at the Harlem Valley/Wingdale, NY, train station at 9:45. Two other cars met there and then we shuttled four train passengers arrving from Manattan over to the trailhead.

We managed to get there by 10, which is the start time I had advertised for the Gay Outdoors guys. It was a perfect spring day, the hike started with a fairly gradual uphill on the way out, following the Appalachian Trail as it stayed close to the state line. Then the trail started to follow a tributary of the Housatonic, with water a little low due to recent lack of rain. We reached an iron foot bridge to cross the tributary near where it flowed into the Housatonic and many people lingered on the bank before crossing to enjoy the sunshine and sights and sounds of the river.

After crossing, we followed the trail along the Housatonic River. At the point where the AT hooked left to go up a hill, we kept on a spur trail to follow the river and reached a country road near where it would cross the river. We took a one-lane concrete bridge to get to an island in the river located just below a dam. We had lunch on the island, some people staying on an observation deck overlooking the confluence, others wandering down the embankment to sit among the rocks at the edge of the rushing water below the dam. After lunch we went back to the road to cross Bull's Bridge covered bridge and noticed a canal that had been built parallel to the river.

Then it was time to go back. Sundancer Gene was a great coleader. On the way back I was inattentively following a wide path, but Gene noticed the place where we needed to bear left on a narrower path to go back the way we came. Though we were just retracing our route, we definitely noticed a longer steeper uphill to challenge us. People became more spread out, but the faster hikers waited periodically for others to catch up.

At the end of hike we had some time, but not a lot of time before the return train for our Manhattan hikers. We ate/drink a bit at the Burgerritoville place in nearby Gaylordsville, indulging in an assortment of "burgerritos", hot dogs, fries, beer, hard cider, and root beer floats. They served us in time for us to make the train. 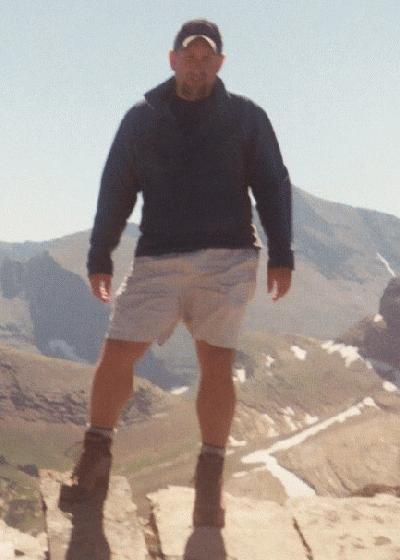