Join me for this picturesque hike around three of the 3500' peaks in the Catskills.  This loop hike will traverse the summits of Blackhead, Black Dome and Thomas Cole Peaks (3942', 3985' and 3943 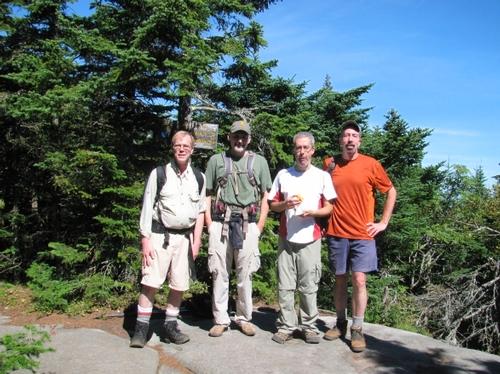 On Friday, August 23rd, Michael, Richard and myself met up at the North-South Lake Campground in Haines Falls.  We camped out for the weekend and in the morning we picked up Tom on our way over to the Maplecrest trailhead in Black Dome Valley.

We arrived at the trailhead at just before 9AM and quickly got ready and began up the trail.  It was a sunny day, which started on the chilly side, but quickly warmed up.  The trail was modest in grade at it followed the Batavia Kill (creek).  There was quite a bit of erosion due to Hurricane Irene for the first mile or so and it appeared that two bridges had recently been replaced.  At about 9:45 we reached the trail junction with the Escarpment Trail and we headed south for the ascent up Blackhead Mt.  The trail became more aggressive, but not as steep as other hike descriptions had made it sound.  Along the way there was a ledge with nice views eastward over the Hudson valley and this provided a nice break.  As we continued it became rockier and alittle steeper, and in no time we were on the treed summit of Blackhead (11AM).  After another break we started to make our way over to Black Dome.  The descent was relatively steep and part way down this side there was an open ledge with beautiful views over to Black Dome and southward to the Devil's Path/Ridge.  By 11:30 we were in the col between the peaks and where the trail junction for the return was encountered.  We began our ascent of Black Dome and began running into other hikers...a few of which were traversing the range.  This trail was modest with some steepness and there were a couple of nice ledges which provided views back to Blackhead as well as to the escarpment to the north and parts of the Devil's Path to the south.  We passed over the non-descript summit of Black Dome at about 12:20PM and proceeded a little further to a south-facing ledge, where we enjoyed out lunches.

After lunch (about 1:15) we continued further along the trail to Thomas Cole Mountain.  The col was not as deep and was a fairly easy hike over to the peak.  There was a very limited view of the mountain through the trees, but other than tagging the summit, there really was no other reason to go over to it.  We passed over its summit without realizing it and after noticing that we were descending again we turned around.  On the way back over Thomas Cole, we noticed a small cairn just inside the woods.  We took a short break here and began our return to the trail junction on the other side of Black Dome.  Someone had mentioned that Albany was visible from the ledge off of Black Dome and when we reached this point again we looked for it...indeed it was on the horizon, noted by its four major buildings.  We descended back to the col and at the trail junction we returned by the Lockwood Gap trail.  It was 2:50PM when we started back.  This trail was modest in grade thanks to a few switchbacks initially, but then became rockier and a slightly steeper.  There was a nice spring along the way, where we could replenish our water.  At a little before 4PM we reached the juntion at Batavia Kill and we returned via the same trail we started on...reaching our car again at about 4:15.

Afterwards, we drove back to Tannersville to cap off the day with a light meal and drinks at the Last Chance Restaurant/Bar before dropping off Tom and heading back to camp to clean up and relax with a campfire.

A special "welcome to GO" to Tom!  Thanks to Michael, Richard and Tom for joining me on this really nice day out...it was just a wonderful day with everyone!  The weather was near perfection and this loop hike provided some great views into the surrounding wilderness areas.  It was also very nice having Tom join us since he knew the area very well and could point out many of the distant points of interest!  I really appreciated it and the information will help in planning future outtings in the Catskills!

There are 33 photos in Album (Note: Move mouse pointer over larger pic and click on NEXT for better viewing) 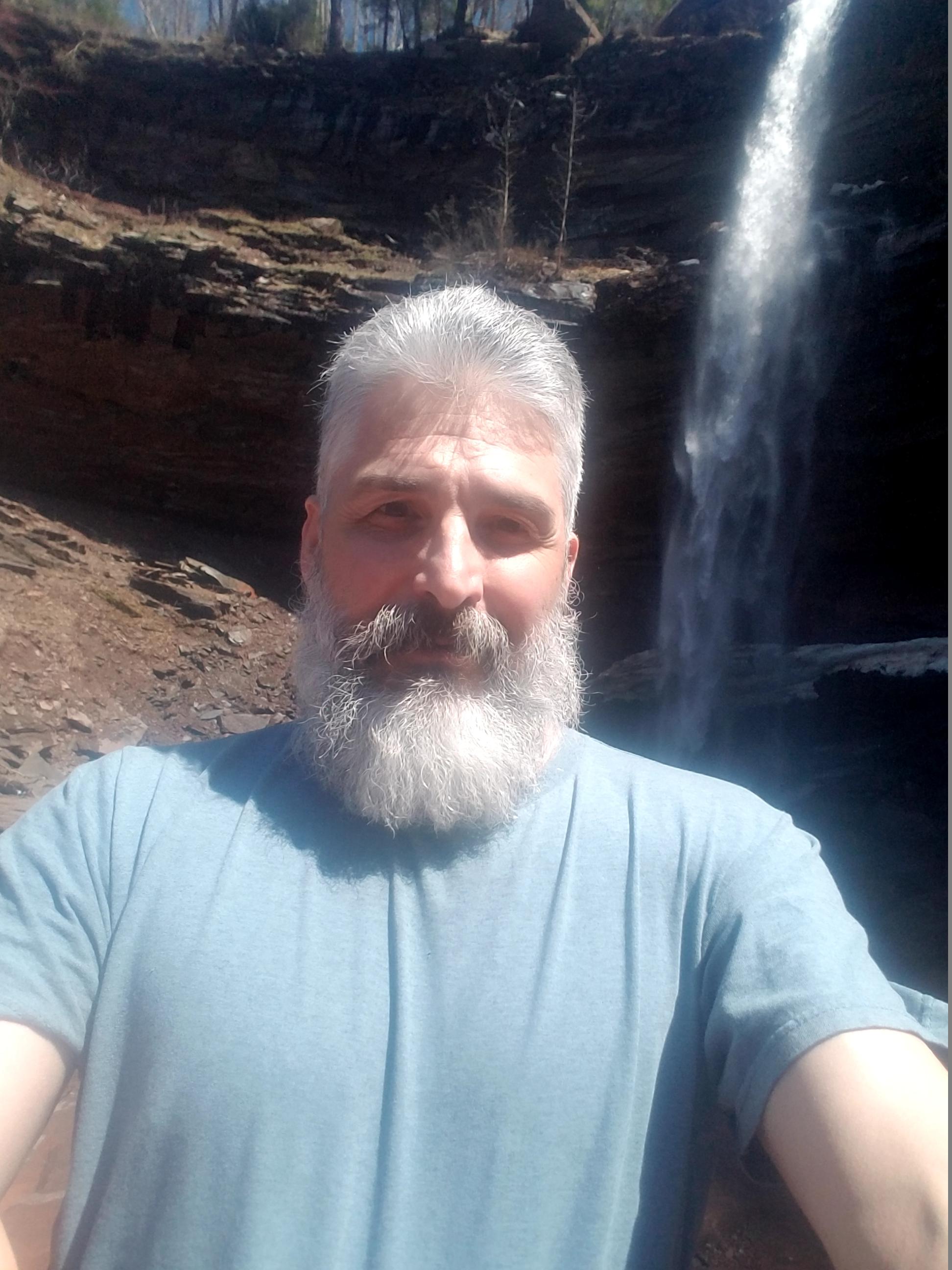