The Trailhead: From the NYS Thruway Exit 21 (Catskill) take a left at the light at the end the NYS Thruway access road. In about ½ mile take the right onto the ramp to NY 23 West. Travel about 20.2 miles on Route 23. Take a right onto Cross Road; the DEC parking area is on the corner, and can be seen from NY 23. 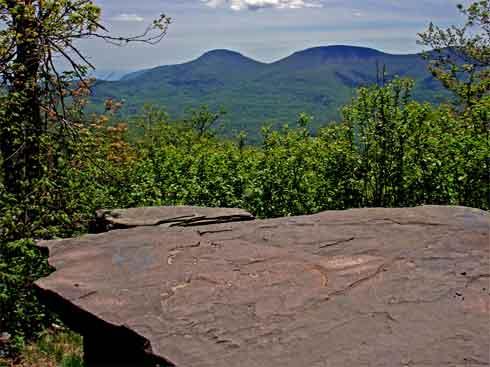 We again lucked out with clear weather, sunshine, and cool temperatures. We started out at about 10 a.m. after meeting at the Windham Diner.

Arriving at the parking lot there was a number of cyclists prepping or heading out on the trail. We were a bit surprised to see so many but more on that later.

The area had received some heavy rain in the previous couple of days, so we expected some wet spots. Well, our expectations were a bit understated, because much of the trail was like overcooked oatmeal: a great deal of standing water and very muddy. At times we had to leave the trail to get around the stuff.

The trail is rated as moderate in most guides, and some veterans would actually call it one of the easier of the Catskill trails. I would rate it as high-end moderate as it might prove a bit of a challenge for someone who is at the low end of easy-moderate. There are several respectable inclines that could be scrambles for some. We took it easy; after all, it was a hike, not a marathon.

We passed the Elm Ridge lean-to but didn’t stop. We were enthusiastic about reaching the first of the outlooks with a view to the West and the Blackhead range.

We reached the first outlook to the West, which was unobscured and beautiful summit in about 2 ½ hours. The peaks of the Blackhead range were standing out clear and majestic.

Upon reaching the summit and viewing the USGS markers imbedded in the rocks (there are actually two metal markers at the summit), we continued a bit beyond to a ledge where we could see across the Schoharie and Mohawk Valleys to Albany, with the southern Adirondacks partially visible beyond.

Spending some time on the ledge we were joined by several other hikers who shared our awe.

The down trip was more challenging than the ascent, in my view, but it was faster.

One comment that I feel I should make is about the number of bikes and their effect on the trails.

The trail is typically wet in many places, and in those places where bikes are permitted, they create deep ruts and a nasty mess of mud, making it almost impossible to navigate on the trail and forcing footers to find a way around the mess. There are far, far too many bikes on the trail both in terms of traffic and in terms of the damage they do to the trails. I don’t want to spoil anyone’s outdoor fun but I really do think that the bikes either have to be rerouted to trails of their own or banned outright, except for trail maintenance personnel.

We stopped at the Patisserie Normande, a wonderful French bakery located behind the Windham Diner, and relieved them of several eclairs and other delectible deliacies, and some croissants and a brioche loaf. So who’s watching calories after Windham Peak, anyway?

Finished the wonderful day with a light dinner at the Windham Diner, and headed home. 8 ½ hours of great weather and beautiful sunshine. It doesn’t get any better.

There are 5 photos in Album (Note: Move mouse pointer over larger pic and click on NEXT for better viewing) 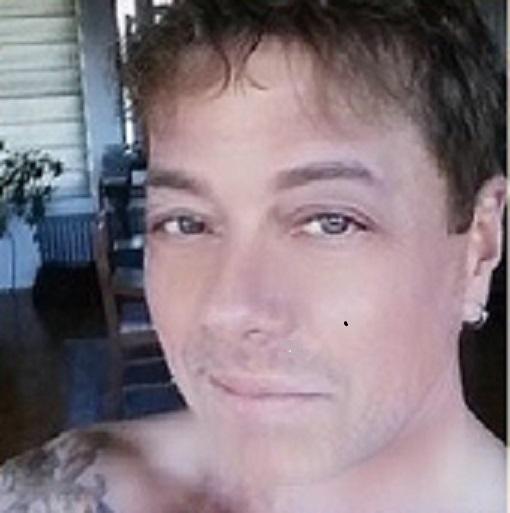