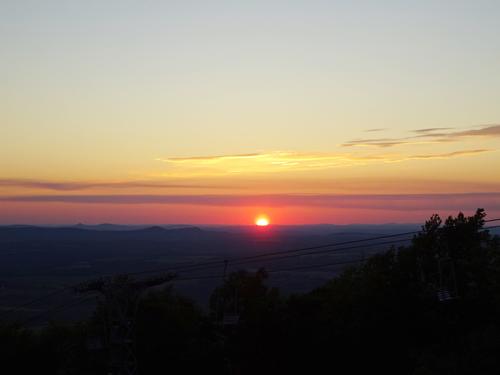 It was still 90 out when I started this hike.  My normal route takes me up the ski slopes on the service road.  That route is more in the open with not much shade.  I decided to follow the route of the Intl. Appalachian Trail up instead as that route follows narrower ski trails and even has some short sections of footpath.

I decided to take my normal route going down the service road.  It was just after 8PM when I got to the top of the ski slopes.  Sunset was at 8:30 so I decided to stick around and wait.  I had not planned on this and had no bug spray so had to move around to keep the bugs away.